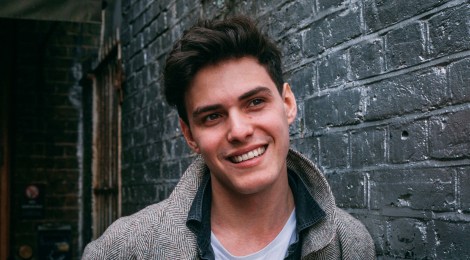 Most singers have good voices. They’re singers, that’s like one of the two or three most important things for them to have. That and nice hair.

But singer-songwriter Tor Miller has more than just a good voice, he has the kind of sound and commanding presence on the mic that immediately elevates all of his music to a must-hear level of urgency.

His single “Hold the Phone” was a heartbreaking piano-powered ballad that showcased Miller’s transcendent set of pipes, which cut through the instrumental like an X-Acto knife through a wine flavored Dutch Master.

“Carter & Cash,” his latest track, is more uptempo, with a bouncy drum line and a subtle, infectious bass line. Miller isn’t grappling with the same emotions as he did on “Hold the Phone,” but his smoky soulfulness still gives the song a sense of poignancy that is rare on pop records like this.

He’s still rising up the ranks of today’s pop landscape, but Tor Miller has what it takes to be a huge musical force. And yes, he also has nice hair.