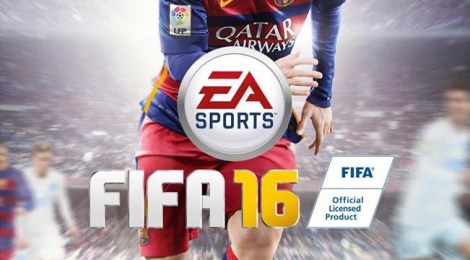 An ode to the FIFA soundtrack

Today I want to talk about something that is very near and dear to my heart, the FIFA video game series.  You may be thinking, “Demo, what the hell does that stupid soccer video game have to do with music?”  First off, EA Sports is not paying me to write this, although that would be nice.   If you have not got a chance to play any of the FIFA games before you may not know that the FIFA series has consistently had well crafted, generally awesome soundtracks since the game’s inception.

Two days ago, the 23rd FIFA game was released and the soundtrack on it is as expected (really good).  Now while it obviously has good selections, the best thing about the game’s soundtrack is the variety they focus on when creating the song list.  It pretty much covers every base, meaning people will find something they like and also find something they never even thought they’d like until hearing it a few times.  I, myself, have found countless new songs and artists from playing FIFA.  And on the flipside, The Black Keys, one of my favorite bands, was in FIFA 2011.  From Latin music to Euro house to American indie pop, FIFA has it all.  Some notable FIFA 16 tracks from more well-known names include “Omen” by Disclosure ft. Sam Smith, “Emergency” by Icona Pop, and “ID” by Kygo.  Some gems that I have found in the past couple days are “Way Down We Go” by Kaleo, “It’s Strange (feat. K.Flay)”, “Soy Yo” by Bomba Estéreo (great name).

So as you can see from a 6 song sample, FIFA has some cool tunes.  Now while I could go on and on about how much I love the soundtrack (and game), I’ll let you guys listen yourself and see the beauty that is a FIFA soundtrack.

Listen to the FIFA 16 soundtrack and let us know what you think below: