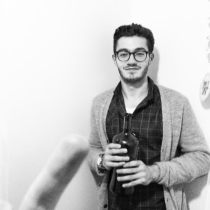 Grant Rindner – Grant is a junior at Northwestern University and potentially one of the worst journalism students the school has ever seen. He enjoys bland indie R&B, jangly lo-fi and most rap that isn’t Lil’ B or Death Grips. On the non-music side, he used to be an NBA Columnist for Bleacher Report, works for Teamworks Media and enjoys APC jeans . Grant would really like to join the Illuminati, so if there any openings just let him know. 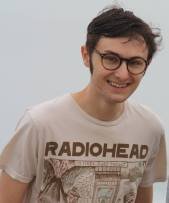 Tanner Howard – Tanner is a sophomore at Northwestern, where he’s done his best to draw attention to himself by wearing weird clothing. As a DJ on WNUR, Northwestern’s radio station, he tries his best to bring as much pretentiousness to PGM as possible. When he’s not trying to convince Grant to like Death Grips, Tanner also serves as Life & Style editor for campus publication North By Northwestern, trying to do as little real journalism as possible. 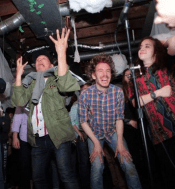 Justin Enoch – Currently a resident of the no flex zone, Justin Enoch is a sophomore at Northwestern University and is getting his undergrad degree in Drake. His passions include cheese from Trader Joes, Jai Paul, Big Star, and cooking. He is also in a band called Since 1902. 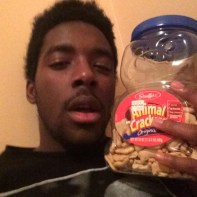 Cameron Smith – Cameron is a sophomore at Northwestern studying up on film and co-eds. His time not looking at a computer is usually spent at the Northwestern radio station, WNUR. While not only being a DJ of his show called “Where the Wild Things Are”, airing Thursday nights at 1am, he is also the Apprenticeship Director of the Hip-Hop and Electronic programming. Posts pertaining to either genre are what you can expect of Cameron on PGM, with the occasional King Krule song thrown in the mix for flavor. 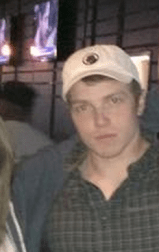 Joe Salwen – A junior film student at Northwestern University, Joe doesn’t believe you can drink all day if you don’t start in the morning. He enjoys country ballads, Waka Flocka-based EDM remixes, and really gets acquainted with no more than one Kanye song per year. Joe has spent months cultivating his personal website, which generates dozens of hits per year. Woefully unaware of hip-hop news in spite of his upbringing in Atlanta, he plans to only support PGM with news on upcoming Jimmy Buffett tours. 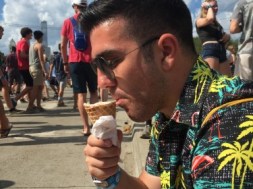 Demo Drakoulis – Demo is a junior at Northwestern University. Musically, Demo has no real talent, but he can play Rock Band drums on Expert. He enjoys a wide-range of music including the Based God himself. He also has an unhealthy obsession with Kanye West and is currently thinking of a plan to get the new Yeezy adidas shoes (Ideas welcome). Outside of music Demo enjoys soccer, pretending he knows about Formula 1 racing, and talking about the Chicago Bulls. Demo’s posts on PGM will cover everything from Alt-Indie to House and everything in between except country.