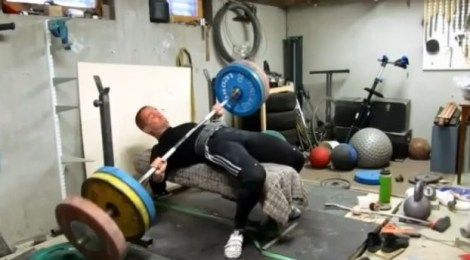 You Need to Update Your Gym Playlist

You’ve been on the back-to-school gym grind like you just made a New Year’s Resolution, so let’s get real for a moment. It’s been a hot minute since you last added a song to your gym playlist. Face it, as much as Lil Wayne’s “Pop Bottles,”Trick Daddy’s “Let’s Go,” and Rick Ross’ “Hustlin” got you going back in the day, it’s just not gonna cut it this year.

Lucky for you, The Hunger Games has unlimited money and decided to let Lorde curate the soundtrack, which led to a beautiful lovechild called “Meltdown.” The track features Stromae, Pusha T, HAIM, and Lorde herself and it was built for getting sweaty in front of strangers. And don’t worry, it is certifiably dank, thanks for asking.

So go ahead and add this to “Curl Jam” and remember that every season is beach season if you believe.

Check out “Meltdown” below and never forget that PGM has your back.