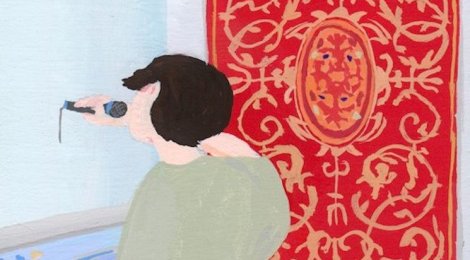 Ryan Hemsworth Has A New Song (No, not Macklemore’s DJ)

You know who Ryan Hemsworth is, right?  Well, he’s not that dude who makes beats for Macklemore.  He’s a pretty good (do you get it) DJ who is from Canada.  Hemsworth also played at my school’s annual music festival and played a great set.  And now that you finally have an idea of who he isn’t, we’ll get to what he is good at.

Hemsworth has partnered up with Lucas for their upcoming Taking Flight EP.  Their second single from the EP is called “From Grace” and well this word may be overused, it is very chill.  While it never gets too heavy or chaotic, the song still manages to be pleasantly intricate.  There are drops through out, but they’re nothing like a banger that you would expect from someone like Skrillex or someone.  So this isn’t your typical high schoolers electronic music, just to get that clear.  It’s well crafted and sounds much more than generic.  Hell, your grandparents might even call it music.  So get some other DJ named Ryan in your life and listen to this song.

Taking Flight drops October 9th.  Listen to “From Grace” below and let us know what you think.