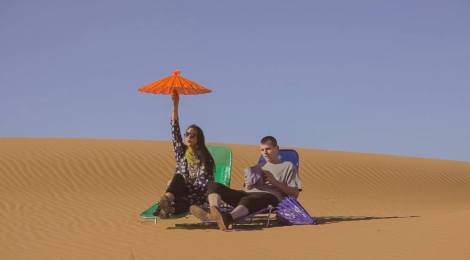 Alta has been a PGM favorite since their 2012 EP Stay Awhile was released,  and the Australian singer/producer duo have continued to hone their craft in the ensuing three years, culminating in the release of their Awake for Days EP this week.

Hannah Lesser’s voice remains as dulcet and bewitching as ever, but Julius Dowson’s beats have shifted from a more relaxed and jazzy trip-hop style to more aggressive and steeped in today’s trap sound.

That isn’t a bad thing, because Awake for Days is alive in a way that’s different from Alta’s earlier discography. While projects like Stay Awhile and Game Broke Out are excellent records to zone out to, Awake for Days commands your attention and holds it in a new and exciting way.

The EP has yet to hit American iTunes or Spotify, but Alta was gracious enough to post the entire thing on SoundCloud for your streaming pleasure.

Highlights include the skittering “Stashing the Lot” and the downtempo title track, but you can’t go wrong with any of the five tracks.

While there are a slew of duos making similar music, the ease with which Dowson and Lesser work together is evident on every track, and their use of unique and out there sounds (as evident on “Moves’) helps to set Alta apart. They aren’t in-your-face about their creativity, but it is undeniable over an extended listen.

Give “Awake for Days” a spin below, and make sure you listen to Alta’s entire catalogue: