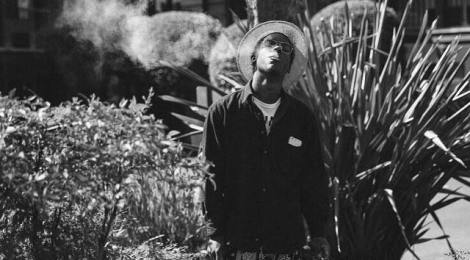 I’ve long had a soft spot for Skizzy Mars. Sure he’s not the most technically skilled MC in the world, but he makes undeniably catchy music that has a unique atmosphere and energy to it. In an era when a lot of New York rappers are eschewing their heritage, Skizzy embraces his Empire State roots in a way that is refreshing and progressive.

Despite releasing The Red Balloon Project earlier this year, Skizzy hasn’t rested on his laurels for long. “My Friend” is his latest one-off track, featuring Jules Henley and Marco McKinnis on top of solid production from the multi-talented Henley and longtime collaborate Michael Keenan.

Henley’s “Brightener” was in my rotation for several months, and the songs pulsating electric piano and quiet sensibility are evident on “My Friend,” which is an especially relaxed cut.

Skizzy is earnest as always while spinning another tale of a girl morally lost in New York City, and you can tell his storytelling ability has grown with his ceaseless time in the studio.

Listen to “My Friend” below and keep checking back for more updates on Skizzy and co.