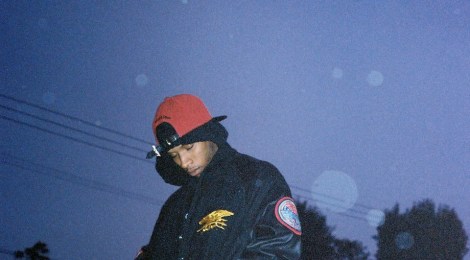 Toronto MC Tory Lanez has been building a steady buzz online over the past year, and it is all culminating in the release of his Cruel Intentions EP, out now via Wedidit.

Lanez is a little OVO derivative, as many Canadian rappers are nowadays, but he’s an engaging rapper and crafted a strong project filled with top notch production from the likes of RL Grime, Shlohmo and Bauuer, among others.

Cruel Intentions features the standout single “In For It,” an auto-tuned, hazy track that has serious crossover appeal thanks to Lanez’s sing-song flow.

However, while the big name producers might turn heads, the EP’s signature cut is “Fallback,” a minimalist banger that showcases Lanez’s ability to switch styles at will.

He oscillates between nasally Young Thug warble, Travis Scott snarling and a spot on If You’re Reading This It’s Too Late Drake impression with ease.

The mellow “Honda Civic” is a perfect closeout, it’s more earnest than the rest of the project, and D33J’s beat is sharp and haunting with layers of synth and clipped samples.

Toronto rappers are a dime a dozen nowadays, but Tory Lanez sets himself apart from the pack with Cruel Intentions.

Listen to the EP below: