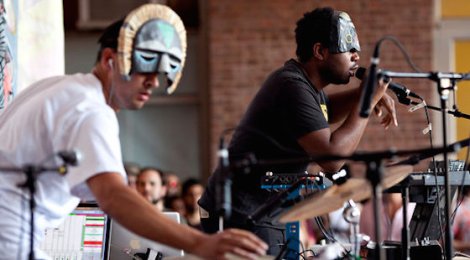 SBTRKT and Sampha have had plenty of success before (“Hold On,” “Never Never”) and the producer-singer duo are back at it with “Temporary View.”

The track meshes SBTRKT’s minimalist electronic backdrop with Sampha’s soulful neo-R&B crooning to create something that is both immediately accessible and surprisingly emotional.

“Temporary View” could very well be featured on SBTRKT’s upcoming album, although that has yet to be confirmed.