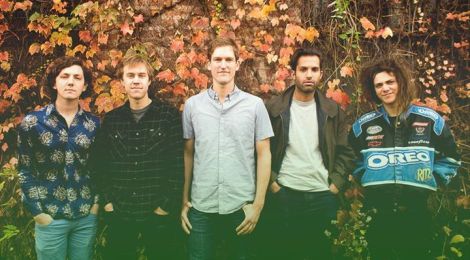 Rejoice sinners, The Walters are back!

Plenty of great music is coming out of Chicago right now, but there’s nothing that sounds quite like The Walters. Their sound – a blend of doo-wop vocal harmonies and clean electric guitar – sets them apart from other local products like lo-fi aficionados Ne-Hi or eclectic garage rockers Twin Peaks.

But despite their vintage sound, The Walters aren’t the musical equivalent of the guy in your high school who wore a jacket and tie every day for some inexplicable reason. They’re smart, and self-aware, driven by the subtle charisma of lead singer Luke Olson.

“Goodbye Baby,” the first single off their upcoming Young Men EP, is one of the band’s best records. It’s got the classic touch of Walters melancholy, but it waxes and wanes in new and exciting ways. When the guitar, bass and synth finally converge toward the track’s end the sound is bigger and brighter than anything we’ve heard from them before.