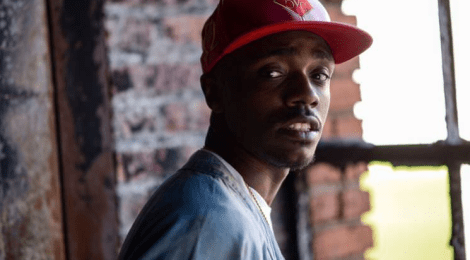 Tate Kobang Will Make You Love Baltimore (I Promise)

I have been to Baltimore exactly one time and frankly I’ve never had a burning desire to go back. That is, until I heard Tate Kobang’s “Bank Roll (Remix)” a record so overflowing with borderline-irrational hometown pride that it makes you forget most of what you know about the city comes from Serial and The Wire and that is is probably a less than stellar place to live.

One of the byproducts of the SoundCloud age in hip-hop is that regional style has become less of a calling card than ever. Sure, there are exceptions and quirks that differentiate artists from various parts of the country, but so much of the rap music we hear nowadays isn’t more than one standard deviation away from the mean.

I’ll be honest I don’t have enough of a background in Baltimore rap to say whether “Bank Roll” epitomizes the region, but one thing I can say with certainty is that it is different. The oscillating bass line, spacey claps and flanging electric piano are unlike anything you’ve heard this year. The track is minamlist, but in the opposite way most MCs are employing minimalism nowadays.

“Bank Roll” owes its origins somewhat to Baltimore’s surprisingly deep reserve of house music, but also more directly to Tim Trees’ 2000 local smash of the same name. Kobang has more charisma on the mic than Trees, in part because he isn’t rapping in that exaggerated Roc-a-Fella East Coast Pelle Pelle flow that was popular at the turn of the century, but the beat is practically identical.

Kobang isn’t dropping game-changing bars, but he’s quietly clever in his own right.

“You said you run the city/Oh my bad, I ain’t know,” he jests at the opening of the second verse.

He shouts out about a dozen neighborhoods and people that I have never heard of and will probably never know personally, but in the moment Hammerjack’s and Gleneagle are seminal parts of my being.

Remember back in 2004 when Houston rap broke out and you were exposed to this whole new sound that threw you out of your comfort zone for a little while? Remember when Atlanta artists started making inexplicably weird, auto-tune tracks about their feelings while simultaneously chugging Actavis like Busch Light?

Well then listen to “Bank Roll,” and recapture that feeling of discovery for three-and-a-half minutes. Although I seriously doubt you can get through it without immediately hitting rewind.

← Kissing a Girl and Liking it Too Much
Is it Yeezy Season yet? →