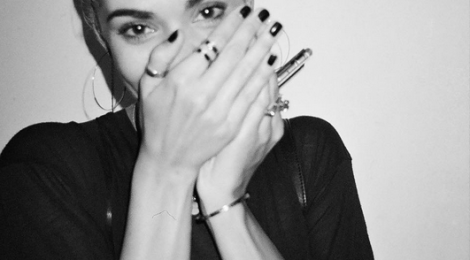 At this point, roughly 50 percent of all musicians have re-recorded Drake’s “Hotline Bling.” The song lends itself incredibly well to covers, and while that’s led to some interesting takes by Jordan Bratton and Disclosure and Sam Smith, there’s some fatigue towards the track in general.

So how can we get excited for yet another interpretation of Drake’s interpretation of D.R.A.M.’s “Cha Cha”? Simple, turn it into a ghostly jazz cover that sounds less like an OVO record and more like something playing in the background of Vince Vaughn’s bar from True Detective.

Stella, daughter of guitar legend Carlos Santana, is the force behind one of the more creative “Hotline Bling” interpretations we’ve heard in a while. She has a soulful, emotive voice that carries plenty of pain, and it perfectly compliments the mournful guitar.

Taking the track in a unique but logical direction, Stella brings out the inherent loneliness and disappointment that is masked by the original’s uptempo instrumental.

The cover borders on Lana Del Rey levels of glumness, but stays engaging throughout. All in all, Stella’s “Hotline Bling” certainly belongs in the conversation with the best Drake reworks of the year.