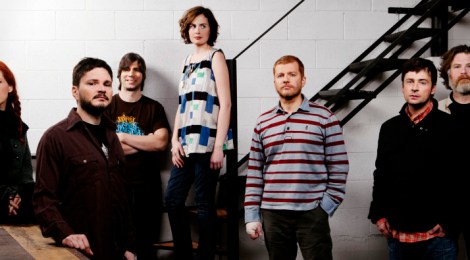 The New Pornographers, everyone’s favorite Canadian indie supergroup, have been largely quiet since their last release, 2010’s “Together.” They’ve been overdue to release new music, so the announcement of their next release, to be titled “Brill Bruisers,” is certainly good news. It’ll be out on August 26th; pre-order a deluxe, color-splattered version of the album on their website. The group also announced a tour with The Pains of Being Pure at Heart, including a stop in Chicago at the Riviera Theatre on November 14. For now, check out the celebratory, cheerful title track below.