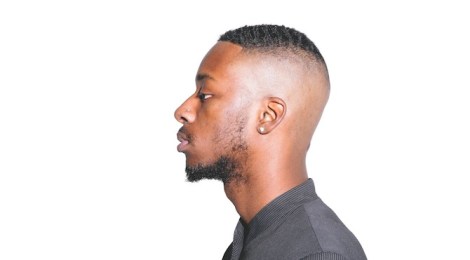 GoldLink and Anderson .Paak Just Made Your Favorite ’80s Song

D.C.’s GoldLink is quietly one of the most important names in hip-hop right now. His smooth, house-influenced “future bounce” sound is Schedule I addictive, and his rapid fire flow has only gotten sharper since dropping The God Complex last year.

With And After That We Didn’t Talk, his fantastically-titled debut album coming Nov. 14, he’s gifted us the smooth, sensual “Unique,” featuring alt-rap wunderkind and noted Dr. Dre ghostwriter Anderson .Paak.

While GoldLink’s music is undeniably futuristic, it also boasts some nods to our nation’s most glorious sonic era: the 1980s and early ’90s. “Unique” plays that up perfectly, with a subtle slap bass tone, flanging synths and chugging percussion that worms its way into your brain after just a few bars.

The track harkens back to an era of carefree, genuine hip-hop that isn’t easy to invoke. Yes shiny suit rap is out of style, but every once in a while we all need to get our June Ambrose on.

.Paak and GoldLink are a dream pairing, with the former’s raspy, conversational delivery complimenting the latter’s drawn out, sing-song flow.

So long story short if you need some new music for your “Standing on the bow of my yacht” playlist, throw this track in there.

← You Need More Saxophone in Your Life
Ch-Ching – Chairlift →