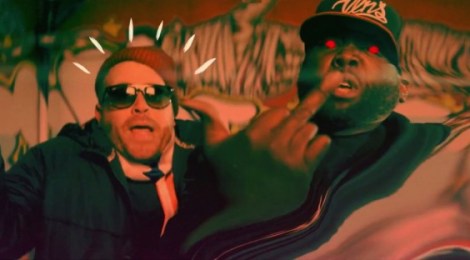 Killer Mike and EL-P haven’t missed a beat since dropping their critically acclaimed album “Run The Jewels 2” and embarking on a massive world tour to promote it. While I’m still personally fuming over their lack of Grammy nods for the project, they haven’t let it get to them. They’re still pumping out music videos, and this time they’re released the visuals to accompany their song, “Lie, Cheat, Steal.” Spitting lines in front of a graffiti backdrop, the duos surroundings are contorted with appealing special effects. Watch it here: