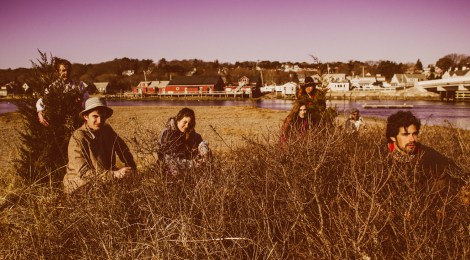 I had the distinct pleasure of catching Midnight Snack at a show in Connecticut a couple of weeks ago at the beginning of their tour before learning they would be making a stop in Chicago. This tour marks the release of their album, The Times.

First and foremost, the most notable aspect of this band is how tight they are. Originally conceived by brothers John and Mike Johnson, Midnight Snack found the rest of its eclectic family while attending Berklee College of Music to form the now 7-piece band. Imagine that Givers that had spent the last decade grooving to Sly and the Family Stone and Marvin Gaye but held on to all of the indie pop and jazz goodness that keep them fun; Midnight Snack brings a genuinely organic experience to the table with just enough funk and elements of noise/art rock psychedelia to keep you interested and dancing.

The Times feels like it has been a long time coming; a labor of love. The album opens with no reservations as “This Body” — my personal favorite of the release — submerges the listener with an immersive soundscape of glockenspiel, organ, and synth all held together by a driving funk riff. Vocalist John Johnson muses, “I don’t even know myself, so how could I know someone else?”, a level of introspective lyricism that defines the song. While the rest of The Times isn’t necessarily as blatantly introspective, the lyric demonstrates Midnight Snack’s ability to imbue harmonic and conceptual depth to their music. Other notable songs include “The Times” and “Impermanent Beings.”

The Times is available for download and streaming at Midnight Snack’s website along with other information (including a personal, if esoteric, blog following their tour so far).

Better yet (!), Midnight Snack will be performing with Fargo this Friday, October 24th, at 9 at Moe’s Tavern.

Stream the album below.