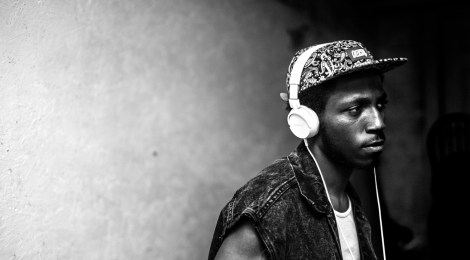 Soundcloud and Bandcamp are flooded with producers and it can be a struggle to sift through the noise and find artists worth investing in. In this segment, we ask our favorite producers to shine a spotlight on those content creators they think are un-discovered and merit further attention. In our premier Producer on Producer segment, we explore the St. Louis beat scene. Damon Davis is an anchor in the musical community and founder of Far Fetched (a St. Louis based label). He gives us five up and coming producers worthy of a spin:

“Here is a short list of producers that I think are truly innovating the St. Louis beat scene. These guys inspire me and keep me on my toes. So with no further adieu lets get to the music” Michael Franco: Total control over the sounds of the soul: Centipede: My current candidate for St. Louis’ Boom Bap Messiah. I have seen this guy bring a 404 to it’s knees with out breaking a sweat. He is a problem, in a good way: Abnormal: Abnormal is a boy genius of sorts when it comes to production. He has mastered his instruments to a degree that he sneezes ill instrumentals out at will. The lush synth chords and crisp drums in his work put you in another dimension: Mvstermind: The new hope. Producer/Emcee?Leader of MME crew, Mvstermind in force to be reckon with. His ethereal sound is fresh and geniune. A constant inspiration: