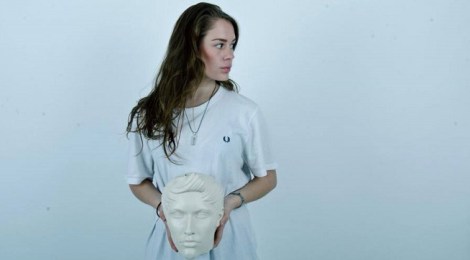 Anna of the North is Your Next Indie Pop Darling

First off, Anna of the North is about as pitch perfect of a Nordic pop star name as you’re going to get. It’s dignified, majestic, and definitely makes her sound like someone who lives in an ice castle.

Secondly, Ms. of the North has been churning out – albeit under the radar – some of the most progressive and enjoyable indie pop of the last year. Her single “Sway” was a messy yet irresistible nexus of downtempo electronic and singer-songwriter candor. “Oslo” was the best Chvrches record Chvrches hasn’t written yet.

But even those two tracks don’t reach the soaring heights of “The Dreamer,” her latest cut that serves as the most regal breakup song you’ll probably ever hear. It lives and dies on her gorgeous vocals, and features a timeless, chugging backdrop that could easily belong to the Haim sisters.

The track is the coming out party for Anna as an indie pop superstar in the making. “The Dreamer” has that same breathtaking quality as Ryn Weaver’s “Octahate,” except Anna previous discography says she isn’t going to change her sound just because of some success.

Tags: anna of the north, pop, the dreamer