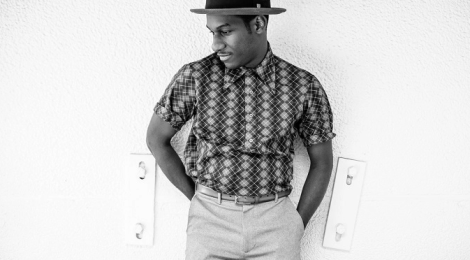 Leon Bridges’ rise to R&B prominence was unique in part because he completely eschewed any hip-hop influence, opting for a crisper soul sound that harkened back to the ’60s and early ’70s.

Still, he is from Texas, a state with one of the richest and most unique rap cultures in the nation, and Mick Boogie (now going by MICK) decided to see what would happen if he blended Bridges’ trademark soulfulness with Texas’ candy-coated hip-hop sound.

In the hands of a lesser DJ, Coming Home to Texas could’ve been a flop, but MICK and his cast of producers manage to make the tracks tasteful, retaining a lot of Bridges’ elegance. They also cull from all eras of Texas rap, so the project has a retrospective feel.

MICK said of the record:

I’ve heard so many comparisons: The next Sam Cooke, the next this, the next that. However, I couldn’t help but wonder how a kid in his 20’s would sound if his inspiration was threaded through the classic Texas hip hop he grew up on. This project answers that.

Not everything here works, and it might be a bit jarring for hardcore fans to hear 808 hi-hats and a Drake sample dotting the rhythm of “Smooth Sailin’.” Still, there are some quality highlights, including a “Brown Skin Girl” remix that borrows from Slim Thug’s “3 Kings” and features a verse from the Boss Hogg himself.

Bun B also pops up on “Better Man,” which features a punchy breakbeat and some interpolation of the Geto Boys’ classic “Balls and My Word.”

The standout though is “River,” which flips UGK’s seminal “International Players Anthem” (itself based around Willie Hutch’s “I Choose You”) into a track that legitimately sounds like something fresh and exciting.

All in all, Coming Home to Texas doesn’t reach the heights of Bridges’ debut, but it’s a fun listen that proves MICK is still one of the most imaginative DJs in the game.

Listen to “Coming Home to Texas” below: