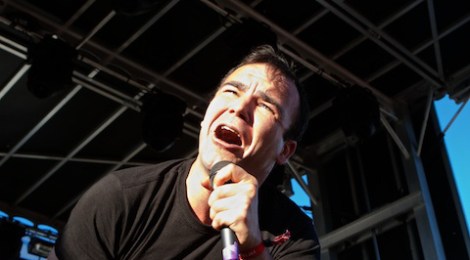 Well here’s something completely unexpected to start your weekend with.

Herring became a cult figure after “Seasons (Waiting on You)” proved to be an unexpected hit, and his gravely, emotive voice sounds like it was created to flow over Madlib’s instrumentals.

He might not be a Freddie Gibbs-level MC, but Herring holds his own on the mic with a husky baritone that sounds a little like Jonwayne.

Herring barely gets the chance to showcase his pipes on the track, but it all comes together atop the dense bed of horns, and trademark vocal snippets.

Their self-titled project drops Sept. 1, and it is sure to be one of this fall’s most unorthodox highlights.

Listen to “Trouble Knows Me” below, and stay tuned for more updates on this curious new side project: