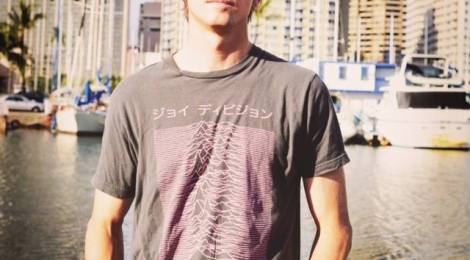 The Rightovers are an indie band from Honolulu, HI, and their sound is just as sunny as you’d probably expect.

Primarily the project of Chris Holmes, whose excellent guitar playing oozes over every track, The Rightovers have an easygoing lo-fi sound not unlike PGM favorites The Love Language and Someone Still Loves You Boris Yeltsin.

Their album Blue Blood, comes out on July 31st, and we’re here to premier the latest track, “Vaseline,” which takes a slightly more somber tone than much of the record’s other tracks.

Despite its slightly somber tone, “Vaseline” has plenty of Holmes’ wit and personality. “I see no point in carrying on,” he sings,” “Your hair’s brunette, but I wish it were blonde just like mine.”

All the while, layers of guitar give the track a breezy, yet soulful quality that is hard to come by.

Listen to “Vaseline” below, and check back for The Rightovers’ album “Blue Bloods” when it drops on July 31st:

← Tyler, The Creator is now Banned from Australia
Felly – This Shit Comes in Waves (Mixtape Release) →