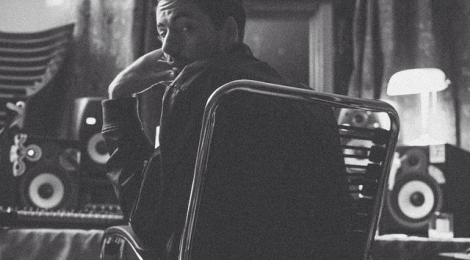 Get to Know: Michael Keenan

If you’ve ever listened to a Skizzy Mars track, chances are you’re familiar with producer Michael Keenan. The duo have collaborated on dozens of tracks together, and Keenan’s versatile production style has been a huge part of the MC’s rise to prominence. But Keenan is more than just Skizzy’s right-hand man, he’s also made beats for Phoebe Ryan, Olivver the Kid, Marc E. Bassy.

He was gracious enough to sit down with us and talk a bit about his process, working with Skizzy and the importance of vibes.

How’d you first start producing? Who were some of your early influences?

I have been playing percussion since 3rd grade and played in all the school bands, my own band, and eventually the Empire State Youth Orchestra (ESYO) in Albany, NY. I got into producing when I graduated high school. I didn’t know what I wanted to do with my life and wasn’t happy just drumming so I was in community college, unsure what to do with myself.

One of my friend’s older brothers had a producing program we put it on my computer and started messing around. Right then and there I realized I could make a whole instrumental on my own and started applying to schools that would teach me how to record and use a studio properly.

Growing up I listened to a lot of jazz and classic rock as well as some soul and Michael Jackson every day. My hip-hop influences for producing came in the beginning mostly from J Dilla, Just Blaze, 9th Wonder, Kanye West, and anyone who was producing Dipset.

How did you and Skizzy first connect? What was that partnership like early on?

Skizzy and I first connected when our manager introduced me to him as an engineer and then I eventually became his DJ and then started producing for him. It was a very natural progression.

How would you describe the sound that the two of you have created? Was it influenced by growing up in the city?

I would describe the sound as a blend of vibes between what we both grew up on and listen to now, it’s just vibes, we’re always just having fun. The best part is I’m a little older than him so my reach goes a little farther back and he’s in touch with some newer stuff I missed out on. I actually didn’t grow up in the city and didn’t move there until I was 18.

How has your relationship and chemistry developed as the music you’ve made has become more popular?

We’ve just gotten more and more comfortable and in tune with each other. We trust each other sonically so it’s a great environment to experiment and I think with every project we make we push each other to new levels.

Do you think that cohesive producer-artist sound is something that’s missing from hip-hop nowadays?

I think it’s important but I don’t think it’s missing. The whole mentality of having a crew has really come back in the last ten years or so. Everyone has their in-house guy overlooking everything. It keeps the sound consistent.

I have a very moderate set up. Just a pair of VXT KRK speakers, ProTools on a Mac, Reason, a motif, a bass station, a lot of random drums and things I use as drums, and a talk box.

What was the process like for The Red Balloon Project? Was it different than working on the earlier mixtapes?

It was different working on TRBP because were just busier people and I was moving to LA so we made that our deadline. About two of the songs we started at my apartment in NY, one of them I started with a friend in Jersey and then all the recording and the rest of the songs were written and made in MA in my hometown between moving out of NY and moving in to LA.

I’ve noticed your sound really vacillates between more live instrumentation (“Free Love,” “Time”) and synth-heavy (“Like This,” “Be Lazy”). Is that something conscious or just how the studio process ends up shaping the track?

It’s all about vibes. I need to feel everything I do, so I just follow my instincts. The track will tell me what it needs and I always just run with it. The last five-to-ten percent of a song are a little more conscious but the rest is pure vibes. I have been addicted to the live hi-hat lately.

What attracted you to the Phoebe Ryan and Eastside/Ellie Goulding records that made you want to remix them initially?

Vibes. I don’t really know it’s hard to explain. Just heard the song and was inspired. It’s all about just running with an idea and trusting yourself. I was in good hands with these ones, it would have been hard to make a bad track to those vocals.

What’s coming next from Michael Keenan?

More music. For sure lots more Skizzy as always, some dope new Melanie Martinez songs, and some other artists’ stuff that’s developing. I’m in Los Angeles now though so there’s a lot of new people I’ve been writing songs with that are crazy, so we’ll see what happens.