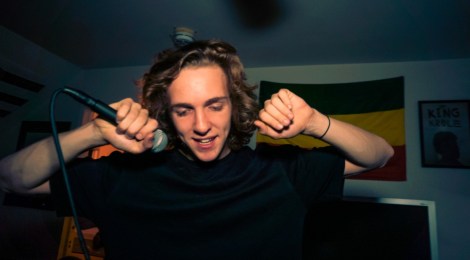 We knew Connecticut MC Felly’s This Shit Comes in Waves project was going to be special when we heard the eponymous single, and he certainly didn’t disappoint.

The 18-year-old spitter showcases his versatility over a wide range of beats, some of which he produced, and tackles a number of topics on the 17-track release.

Particular highlights are the gospel-tinged “7th King ,” and the somber “Westside it Don’t Stop” which features Felly spitting inspired triplets over a spacey beat.

Clearly, a laid-back MC, Felly has an easygoing presence on the mic that draws you in, but is clever and lyrical enough to keep listeners engaged throughout the full-length project. He’s also an honest artist who isn’t afraid to delve into real subject matter like his family and struggles with success.

The project is mostly solo, allowing Felly plenty of breathing room, but there are some choice features from Gyyps on the raucous “Club Bang” and Zac Jones on the reggae influenced “Love.”

It’s difficult to pinpoint an exact comparison for Felly. He’s willing to experiment with his sound and delivery, and it’s a testament to his creativity that the record holds up over an entire listen.

Give “This Shit Comes in Waves” a spin below, and stay tuned for more Felly: