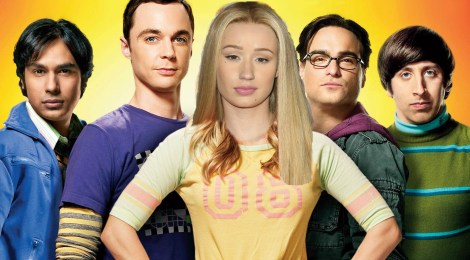 Why Iggy Azalea is a Sitcom (And a few other Rappers, too)

First things first, Iggy Azalea isn’t the realest. Now that I’ve made the one pun that everyone was expecting I can get into some real journalism. In the last few years, it has become abundantly clear to a lot of people that record labels are only out to make money. Shocking. Music is big business, and to keep that business running, artists need to put out content. To ensure that their artists make them enough revenue, record labels like to control every aspect of their lives. Bright eyed, eager musicians sign the dotted line on their contracts and are transformed into an image that’s guaranteed to sell. For a rapper like Iggy Azalea, the quality of her artistic expression is completely ignored as potential dollar signs take priority.

Don’t forget that Iggy was once an independent artist though, uninfluenced by pressure from a record company to be marketable. Back then she wrote her own lyrics, and was in control of the creative process. Note how in 2011, Iggy Azalea released her first mixtape titled “Ignorant Art.” The opening of the project features the voice of a man who only goes by the name “Starfish” reciting a poem called “Dirt In Your Pussy Ass Bitch.”

Starfish’s, albeit controversial, poem creatively opens up what would be a relatively innovative project. However, Azalea’s brand of outright vulgarity needed to be cleaned up if she wanted to be appropriate enough for radio play and mainstream success. As she signed a recording contract in 2013 to Mercury Records, a division of Universal Music Group, her ascent into Pop-Rap was complete. Iggy’s intro to her debut album, ‘The New Classic’ starkly contrasts “Dirt In Your Pussy Ass Bitch”. Accompanied by an uninspired beat reminiscent of something Flo Rida would rap on, Iggy recites vague lyrics that lack a genuine perspective. Remember that these “rappers” could have a group of writers behind them, or be required to make the same sounding song over and over. Through these comparisons with fundamental elements of a sitcom you’ll understand what I mean. 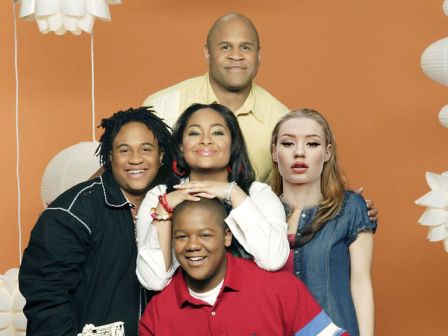 Before a sitcom episode can be produced, someone has to come up with the idea for it. In the case of the childhood favorite “That’s So Raven”, the words spoken by a cast of teenagers and a mulatto female protagonist named Raven were actually conceived in a Writer’s Room comprised of a few middle-aged men. Sorry to break it to you. If I’d had known back then that someone who looked like a dad wrote the catchphrase “Ya Nasty” I would indeed feel a little bit nasty. To make things nastier, mainstream pop songs are put together the exact same way.

It took seven different writers to put together Iggy’s summer hit “Fancy.” In addition to Azalea and singer Charli XCX, the writing credits for the song also list George Astasio, Jason Pebworth, Jon Shave, and Kurtis McKenzie. That’s way too many cooks in the proverbial rap kitchen. The first three of those random writers are members of a songwriting group called ‘The Invisible Men.’

Like a group of secret agents, The Invisible Men have planted themselves behind several pop hits in the last few years, including singles by singer Jessie J and DJ Fresh. Ghostwriting is a very lucrative business for them. However, “Fancy” has proved to be their biggest song to date. The group paid close attention to the trends in hip-hop in terms of what was popular that summer and mimicked the hell out of it. On first listen you could tell that the beat of Fancy thoroughly copied something you would hear from DJ Mustard. The single repetitive baseline proved to be both minimal and catchy. With the use of this sound, paired with the ludicrous image of a rapper from Australia with a dirty south accent, they couldn’t possibly lose. 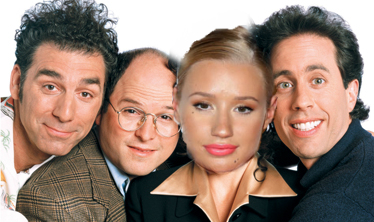 There’s a certain comfort when watching an episode of Seinfeld. I know that Jerry’s apartment is going to look the same, and that Kramer is going to bust in the door to cause some ruckus. The characters will complain about nothing for thirty minutes, never reaching a conclusion that helps them grow, as adults should. It’ll be just like the episode before. Every once in a while a new character will cause a stir (like the Soup Nazi), but other than that, the environment is unchanging.

In the same way, fans take comfort in the fact that Drake will continually croon about some woman that broke his heart. Drake’s demographic of his fan base is split into two different camps. On one side you’ll find the die-hard supporters; mainly women. They sincerely empathize with every word the man utters and truly feel for him. “Marvin’s Room” has helped them through many breakups. On the other side are the snarky critics that number in the millions. Everyone has a joke to make about Drake’s sensitive soul. That kind of publicity, whether positive or not, has the power to continually skyrocket Drizzy back into the limelight. Exhibit A. Exhibit B. Exhibit C. The record label executives that pay him wouldn’t allow him to move away from the music that gained him both of these followings in the first place. As a result, the songs released throughout his career share close similarities in terms of subject matter. Lament, Weep, Repeat.

Whether, Iggy Azalea or Drake, Rick Ross or Ace Hood, Wale or Lupe Fiasco, big artists aren’t as in control of the music they make as you think. The concept of a starving artist, struggling to have their talent showcased is something that cannot be found at the top level. These artists are merely the surface of an entire organization of people trying to put together a brand. This comes down to random industry professionals even selecting the beats that you were led to believe the artists picked themselves. Writers, executives, and a slew of other behind-the-scene employees come together to create the sitcom that is the music industry right now. Hopefully this essay will inspire you to ask more out of the musicians you listen to. Hopefully it will make you question the validity of these artists when they claim that they’re “real.” Hopefully we can get to the point where we as listeners react the same way a studio audience would to these characters, and just laugh at them. Peace.