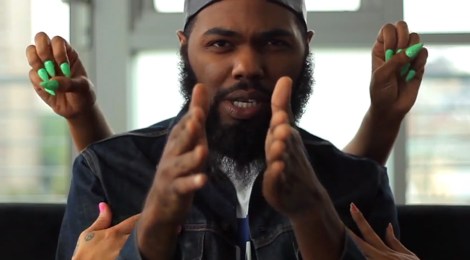 Lets face it, Atlanta runs raps right now. No matter how much you push a new artist from New York, or beg for the drill movement in Chicago to come back, you will still be squashed by Atlanta’s knack for making hits. The city pumps out hit records and new rappers like it’s they’re job. Just like the hit makers before him, Rome Fortune has come onto the scene with the clear intention to only make bangers. He sports a somewhat toothless mug, and a bread that looks like Danny Brown’s but moved around in a Mr. Potato Head way. Apart from his peers however, his sound carries a nuance and somewhat of a sophistication to it. He carries an aesthetic and definitely runs with it. Tracks like “Friends Maybe” with Makonnen will have you begging for the 80s to return. Tracks like “5 Second Rule” will have you begging for your girl to return, because she’s probably smashing Rome Fortune. I don’t really know where I’m going with this, just peep the tape below.