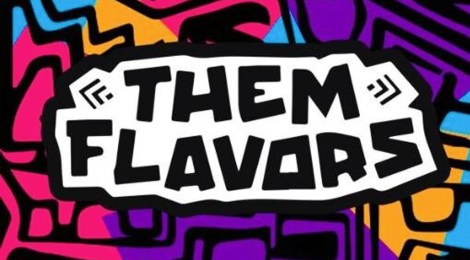 Chicago’s relationship with electronic music has always been an interesting one. While the city will always be idealized as the birthplace of House Music, it is no longer overflowing with as much of the innovative underground talent that it used to enjoy.

Enter Them Flavors, a young and exciting music collective that operates as both a label and an event promoter. Over the past year they’ve burst onto the Chicago scene with their signature ‘Them Flavors Thursdays’ events at Primary Nightclub, and have flexed some serious booking skills, bringing in artists such as Evian Christ, Shiba San, L-Vis 1990, Sinden, MikeQ, Nguzunguzu, DJ Paypal and many many more. They’ve come a long way from their first big event as Them Flavors; a wild night at Primary with Dirtybird label’s Kill Frenzy that truly got their foot in the door and put them on the city’s map. Since then, they’ve consistently been bringing in top underground talent to a city that usually just sees the big mainstream EDM names when their tours pass through. 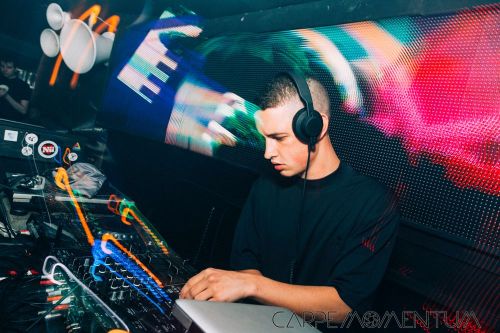 But Them Flavors is way more than just a weekly party at a nightclub; they’re also a record label with ambitious goals. “I want to change peoples perceptions on electronic music”, says Anthony Argentine, label manager and music director of the collective. A young guy with a do-it-yourself attitude, Argentine realized that the bassy and grimey Club style of music that got him and his crew excited wasn’t being brought to Chicago, so instead of going to cover it in New York or LA like everyone else, he paved a new lane for it to come here. Now he wants to take it a step further.

“Now that we’ve had success with events in the city I’m really trying to push the music, the whole record label side of Them Flavors”, he says “At the end of the day its actual songs that make a lasting impact. A show is one night, but a song is permanent. That’s something that people will always associate with us”. But coordinating a release is no walk in the park, which is something Argentine has learned throughout his time at Them Flavors: “A release can take a year or two… but if you half-ass it, then what’s the point?”

Let’s take a look at some of their best ‘flavors’ from the past year:

‘Bring It Back’ was a highlight from Aztek’s ‘Ender EP’, and has been supported by DJs like UZ and Ta-Ku (who actually just dropped it on Diplo and Friends).

So what’s next for Them Flavors? Well they’ve stayed killing it with the bookings: Soulection’s Da-P is coming to Primary on October 16th and on top of that they’ve teamed up with VIA fest Chicago (previously only held in Pittsburgh) to bring Mykki Blanco, Anamaguchi and many others for a unique festival-club hybrid experience with unique live visuals for every artist.

VIA fest is going down October 1st-5th. Cop your tickets here: http://via2014.com/tickets/