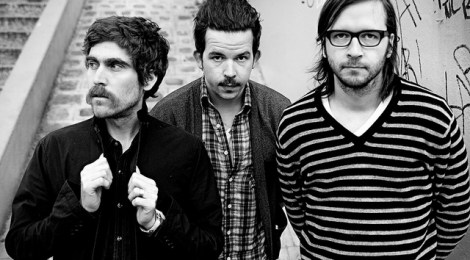 The opener from Bear in Heaven’s forthcoming album Time is Over One Day Old, “Autumn,” is a spare, driving song which hopefully points to the sound of the rest of the LP. Previous single “Time Between” functioned as more of a bridge between the lush synth pop of 2012’s I Love You, It’s Cool and Bear in Heaven’s new stripped down direction. To be frank, it was a little underwhelming following the strength of previous singles like “Lovesick Teenagers” and “The Reflection of You,” but “Autumn” is a definitive and commanding song that leaves me wanting more from the Brooklyn three piece.

Time Is Over One Day Old is officially out August 5th through Dead Oceans. Preorder it here!