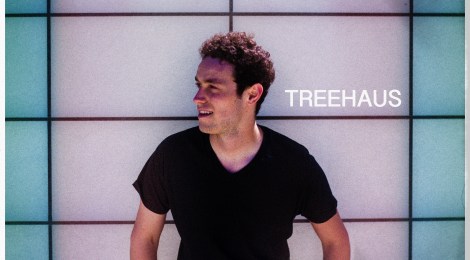 Treehaus: the impact of Electronics and the emotion of Soul and Funk

Justin: When did you start piano? Is that something you’ve been pursuing for a long time?

Josh: I started piano when I was five, and I come from a musical family so my mom really pushed me to keep with classical piano for a long time, just about as long as I could handle it. After about eight years of classical I was about ready to quit and then I started playing jazz. I loved how instead of drilling on the same thing over and over I could create something different each time. It was a lot less tedious and it felt more creative to me. And that’s pretty much what I’ve been focusing on since as far as piano. When I came to Northwestern I studied computer science, but I was a minor in the jazz program for piano. I played a bunch of other instruments along the way and started singing seriously during college as well.

Justin: You have a definite electronic element too. Is that a newer direction?

Josh: All the electronic stuff came about last year when I decided after I’d written a bunch of songs and was constantly practicing stuff and working and playing shows but I’d never in my whole life created a finished product. So I wanted to create a full album by the time I graduated. And that’s how Treehaus came about. As I got increasingly into electronic music over the past year the project became super electronic, but it’s got this huge jazz influence as well. It’s kind of a mix. You’ve got these house tracks with a jazz keyboard solo right in the middle of it. Can you elaborate on starting a band?

One of my best friends [Andrew], the guy who actually brought me to Northwestern. He is a drummer. I’d kinda been playing with him for a long time and when I started putting together this project we just started jamming on these songs and hooking up some gigs in Chicago as a duo. That’s really been the core of it. He also plays in Why So White? Do you know them?

They’re this band in Chicago that went to Northwestern and they won Dillo Battle of the Bands a couple years ago. They’ve played a bunch of cool shows and done really well – they played Northcoast last year and opened for Parliament. He plays with them. Basically, our first show was opening for them and that helped us a lot. We grabbed a bass player and started playing as a trio. He’s graduating now from a masters at U Chicago so he’s kinda moving on. We’re both moving to Brooklyn in a few weeks. We’ll find a new bass player there. I wanna find a horn section and make this thing like more of a snarky puppy huge live band experience.

So at one point you were putting out individual tracks on SoundCloud and then you just decided it wasn’t making the impact you wanted?

Yeah I was putting out tracks before then under my own name, but I really decided with this project that the goal was to create a full album. And I think you need to do both, and that’s what’s so weird, like during this project I haven’t posted as much on SoundCloud as I want to keep people engaged because you hold everything for the one big release. And honestly I think albums are the way of the past. I think the future is that you get the music as it’s created and there’s no delay. But there is something nice about being able to make a CD and hand it to someone rather than just share a link. SoundCloud is so noisy, like I could spend a whole day just sifting through what’s been released in that day. Treehaus is pretty minimal and electronic. Are you gonna be playing through Ableton live at the CD release show?

I try to keep in organic and musical. It’s kind of a balance, but that’s inherent to the genre. My goal is to bring the impact of the sounds of electronic music that everyone loves so much, and then bring the more immediate emotional context of soul and jazz music into that. I like songwriting at the piano with no technology involved, that’s where songwriting starts. Once I get in front of a computer, I can find that to be very restricting.

This is kind of the start right now, of creating an album to work with rather than something random on Soundcloud like here’s an actual finished product I produced. Andrew is really instrumental in helping me create the live sound and that’ll only be more so when we move to New York. I’m just so excited for what it can become when we have electronic soundscapes with horns and all this other live instrumentation on top with that energy. I love DJ sets, but it just doesn’t have the energy of a live show.

Horns, something about them just elevates everything to the next level. It’s so easy to get hyped with Horns.

Exactly, even drums alone, just me and Andrew, the drums make such a difference. He plays a lot of electronic beats, but then mixes in this gospel chops drumming and every electronic drop becomes this great gospel breakdown.

As far as the album goes, do you have a favorite song or something that combines all the elements you want and most successfully represents your mission statement?

I feel like “Afterglow,” the title track, really brings it all together. That’s why I named the album after that because it sums up what I’m trying to create with the project. It’s got all the elements: it’s a house track, and it’s got all these banging drops. There’s even a dubstep-y wobble bass in the middle, but there’s also an extended jazz keyboard solo in the middle with all these rich vocal harmonies. It’s an encapsulation of all the elements featured on the album.

I wouldn’t call it a concept album, but it does have a flow. It has this intro that goes into a track called “Clouds” and moves through all these different moods until ending up in “Sunset” and “Afterglow.” The outro brings in “Afterglow” combined with the main vocal line from the beginning of the album. So, it all comes full circle. Come celebrate the release of Afterglow with an evening of outdoor music by the lake on the beautiful Norris east lawn starting at 7:30.