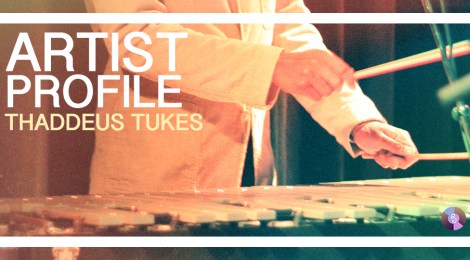 Northwestern students are notoriously overbooked. With responsibilities in classes, clubs, Greek life and work, they are pulled in a million different directions at every possible moment, night and day. For Medill and Bienen sophomore Thaddeus Tukes, 20, busy doesn’t even begin to describe his workload, due to his status as the only dual-degree music and journalism major at Northwestern.

“It’s a very difficult program,” Tukes said. “They’re both very time-consuming things, because they both require so much outside of the classroom.”

Despite the challenges, Tukes cultivates his passion for writing and music even further. As Opinion editor for Pulse Magazine and bandleader for jazz group Syndicate 119, he has developed outlets that have changed how he views life itself. In addition to his jazz and journalism interests, Tukes is the Vice President for Diversity and Inclusion for ASG. He sees his role there as bridging the gap between fields like music and journalism, which he considers segregated within Northwestern.

“It makes no sense to me that the journalists don’t know the musicians,” Tukes said. “These two groups need each other to succeed.”

Tukes was born and raised in Chicago, and spent his high school years surrounded by the city’s burgeoning music scene. During high school, he was friends with Chance the Rapper, a hip-hop musician whose 2013 mixtape “Acid Rap” brought him national popularity. During high school, the two agreed to work together in the future, and while their planned collaboration hasn’t happened yet, Tukes credits his Chicago roots as the source of his love of music.

“Chicago is definitely the reason why I’m so in love with music,” Tukes said. “Chicago has everything, and I didn’t even realize that until later in high school.”

His musical talents have given Tukes the chance to play one show most Northwestern musicians can only dream of: Dillo Day. As part of another Northwestern jazz group, Juicy Fruit, Tukes performed vibraphone for the student body. Getting to perform in his first Dillo Day gave Tukes a different perspective on the event, helping him realize the amount of effort required to put on the show.

“As a freshman, I didn’t really know how big Dillo Day was,” Tukes said. “It definitely goes on the list of the craziest things that have happened since I got to Northwestern.”

While he only decided to pursue journalism as he entered Northwestern, Tukes has thrown himself wholeheartedly into both tracks. While he has barely a minute to pause and relax, those who know him credit him with handling the stress well.

“Thad’s crazy. He’s got a lot on his plate and just wants to pile on more,” said Michael Jones, 24, who’s in his second year Master’s Program within Bienen.

Much of his time is dedicated to his band, Syndicate 119, for which he sings, raps, and performs vibraphone. Tukes formed the band with a group of other music students last year during a music ensemble class. While the nine-piece band has difficulties recording together at one time, the group has finished a series of songs written by Tukes, which they plan on releasing sometime next quarter.

“We’re considering just sitting at the Arch when it comes out and just handing out CDs,” Tukes said.

Despite his intensive involvement throughout Northwestern, Tukes remains humble about his successes. When asked about applying to Medill, he cracks a smile, noting he “honestly doesn’t know how [he] got in,” citing his lack of journalism experience before college. Those who know him well realize his immense talents, and appreciate his hard work.

“Thaddeus is a dreamer,” said Medill sophomore Taylor Shaw, 20. “He’s ready to make a real change in the world.”