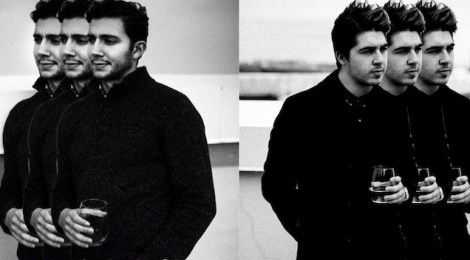 As people who paid $18 for a domain name and call ourselves bloggers we like to think we’re pretty plugged into the music scene, but the reality is that with the volume of music that comes out daily some projects do fall through the cracks. With that in mind, we’re going to be highlighting one project per week that has come out in the last year or six months that none of us noticed at the time in a column called “Yo, We Fucked Up…”

I know these guys, they sang on that Drake song!

That was my first reaction when I found out that Canadian R&B duo Majid Jordan actually had released a project online in August under the name GOOD People.

Most people know Majid Al Maskati and Jordan Ullman as the backup singers on Drake’s undeniably catchy “Hold On, We’re Going Home,” but the reality is the pair, who also produce, are far more than background vocalists.

On the Afterhours EP, the group’s eight-track release that surfaced late in the summer, they show off their versatility, seamlessly shifting between the reggae-tinged “Take Control,” the bouncy, Daft Punk-like “Hold Tight” and “Give Me a Reason (For Lovin’ You),” a track that could have fit right in on a Disclosure album, in just the first three songs.

Neither member has a transcendent voice, but they both fit perfectly over the stripped-down production, which manages to always cover the essential elements without becoming dense or sounding cluttered.

The EP definitely has its raw moments, but for a first release it is pretty polished overall, and the pair, who met while studying at the University of Toronto, appear to have great chemistry.

There is a tendency to assume that when a major artist like Drake features a guest from his label on a single it is their way of promoting an inferior product and one that wouldn’t be able to stand on its own, but in the case of Majid Jordan, having the freedom to make their own completely independent product actually makes them sound better.

Let’s all just hope that Drizzy doesn’t get in their way and let’s them put out plenty more tunes like Afterhours.